I was browsing the Web a few days ago and click on an ad for the Nissan LEAF. The Leaf has been getting some buzz because it’s an electric car that is totally electric. No gas tank. It’s not a hybrid. You need to install a special “filling station” in your garage (assuming you have a garage). When I went to mention the Leaf in Twitter, I also wanted to mention the Chevy Volt – Chevy’s electric car with a gas generator. It also requires a “filling station,” but it can generate some of its electricity using the onboard gas generator. The onboard gas generator can generate electricity to allow you drive much farther if you need to. 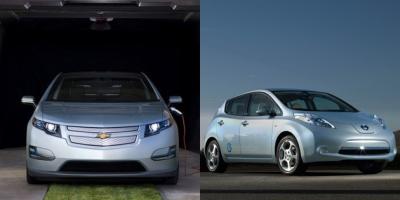 When I read the bio sections for both, I was amazed how on target both Chevy and Nissan were with their product positioning. The Nissan LEAF’s Twitter bio reads “The Nissan LEAF is a 100% electric, zero emissions vehicle.” Contrast that with Chevy’s Volt Twitter Bio – “Official page for the Chevrolet Volt electric vehicle with extended range – the only EV you can drive electrically wherever you want, whenever you want.” Clearly in one sentence the marketing teams got it right. If you care about emissions, Nissan LEAF is the car for you. If you care about driving more than 100 miles before filling up, the Chevy Volt is for you. I think this demonstrates how on target companies need to be in the age of social media. People are busy. There is a LOT of competition for peoples’ time. Social media forces you to think small. It FORCES distillation. I recommend companies do this for all their social media pages for their products. Think about the competition and highlight the differences. Do it in 140 characters or less. Make it retweet worthy.

Companies aren’t the only ones that need to differentiate themselves and their products. YOU are a brand. You need to highlight differences and speak to your audience. For example, my Twitter bio reads “Web guru, scribe (kenmorico.com) Distinguished Twitter bum.” So in a short sentence you can figure out what I’m about. I’m a Web guy, I write, I’ve told you where you can find more, and hopefully demonstrated that I have some personality. On Twitter, personality counts. It’s hard to be funny in only 140 characters per tweet, so you’ve got to be good and offer some kind of value. Are you a value adding person? Check out the Twitter bios of influential people on Klout. Klout ranks Twitter users using an algorithm. You can see who is REALLY influential and who’s a faker. Twitter is susceptible to computerized robots, so always check out people on Klout. 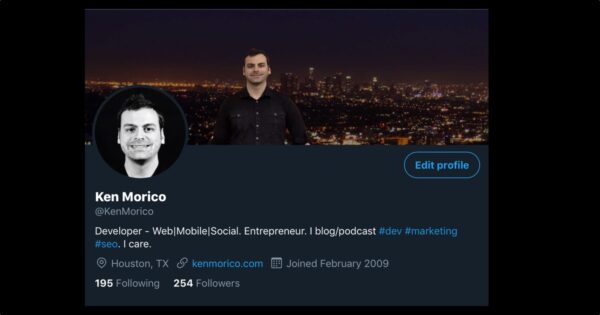